Carew Castle is a blend of the strong defences of a medieval fortress and the grandeur of a Tudor mansion house, located next to the Carew River, which was dammed in the 16th century to form a mill pond.

Gerald de Windsor, gained the land at Carew as part of a dowry . All that remains from the castle that he built at Carew is a wall from a tower that is now incorporated into part of the East Range. Gerald’s descendants adopted ‘de Carew’ as their family name. In the late 13th century Sir Nicholas Carew completely rebuilt the castle. It was at this time that the impressive West Range with a new Great Hall flanked by two massive drum towers was built. The new castle he built served the increasingly less affluent Carew family until financial circumstances forced the family to mortgage the castle in 1480.

The new owner, Rhys ap Thomas, gained his wealth and power from his support of the Yorkist kings during the War of the Roses.  He later switched sides and contributed towards Henry Tudor’s victory at the Battle of Bosworth. He was knighted by the new King Henry VII who made him a Knight of the Garter. To celebrate his elevation, Sir Rhys held a Great Tournament at Carew, the last medieval style tournament ever held in Wales.  Sir Rhys completely modernised the castle turning it into a lavish residence. Following his death the castle was inherited by his grandson, Rhys ap Gruffudd, but he was executed for treason in 1531 and the castle became Crown property.

In 1558 the castle was leased to Sir John Perrot, reputedly one of Henry VIII’s illegitimate sons. Sir John demolished the northern section of the curtain wall and added a new range in the architectural style of the day. The three-storeyed building had rows of mullioned windows and semi-circular bays on each floor. The entire top floor was a long gallery where Sir John and his guests would be able to stroll during bad weather. In 1591, before the building was completed, Sir John was found guilty of high treason and he died the following year while imprisoned in the Tower of London.

In 1607 the castle was purchased by Sir John Carew and it has remained in the Carew family ever since. During the Civil War the castle was held by both the Royalists and Parliamentarians at different times, before being slighted by Parliamentary forces who demolished the entire South Range to prevent any further re-occupation of the castle. Following the restoration of the monarchy in 1660, the castle was returned to the Carew family. They continued to occupy the East Range until 1686 before abandoning it in favour of the more comfortable residence of Crowcombe Court in Somerset. 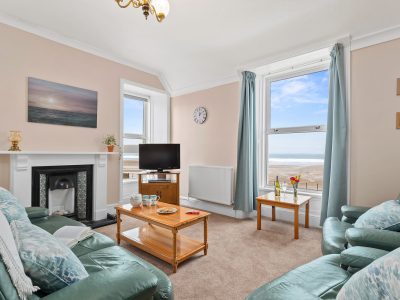 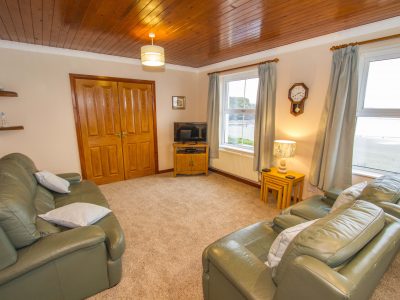 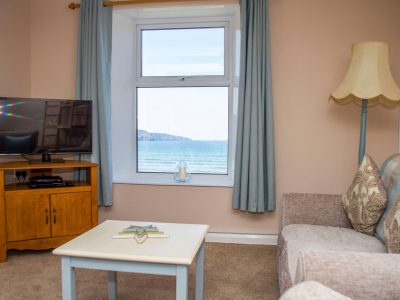